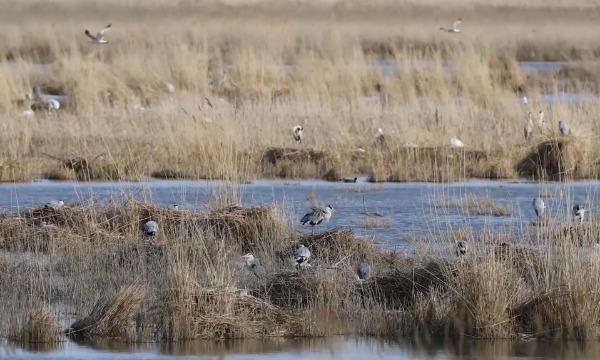 Human activities and soil erosion had been blamed to cause a drastic fall on the water table of the lake since 2000. The lake's water storage decreased to about 4.5 billion cubic meters in 2010 from its previous average of 12 billion cubic meters, with a shrinkage rate of 60 percent.

Hou Yuguang, in his 50s, recalled that all the grass was gone and birds were gone around his house on the lakeshore at that time.

Dubbed as the "kidney of the grassland," the body of water -- the fourth largest freshwater lake in the country -- on Hulun Buir Grassland, was included on the list of internationally important wetlands in 2002.

Hulun Lake is a big part of Hou's life. As a child, he and his father would ride horses and play around the lake.

In 2014, the municipal government of Hulun Buir initiated a fishing moratorium in the core lake area, which has been prolonged through this year.

In 2016, the local government started to implement a number of ecological protection and treatment projects including treating the desertified land around the lake and shutting down the catering and tourism enterprises in the reserve. By 2020, a total of 46,900 hectares of desertified land have been treated.

Hou's family was among 460 households relocated from the lake reserve in 2018. Grazing was banned on 845,000 hectares of grassland near the lake. 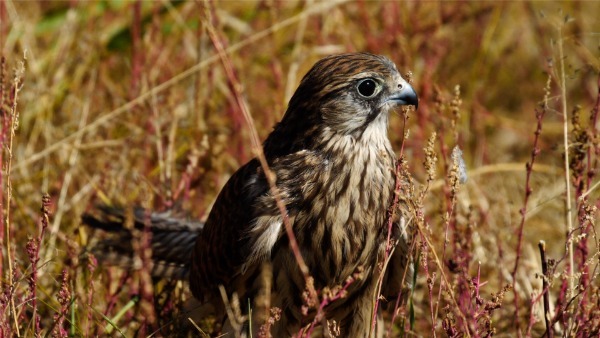 Hou's new house in Jibholengt Township, New Barag Left Banner, is equipped with a flushing toilet, running tap water and heating. Hou has rented a couple of pastures near his house to raise cattle and sheep.

"It took me some time to adjust to the new environment and facilities. This place is warm in the winter, unlike my previous home. And it is more convenient for me to buy forage as the road is next to my house," he said.

He often drives his mother to see the lake. Wetland vegetation such as reeds and willow shrubs have been restored, providing a good habitat and breeding ground for birds. The once dwindling lake has regained its vitality.

"My mother is so happy, and I feel 20 years younger when seeing the lake ecology is restored. There is no sand, and the birds and fish have returned to the lake," he said.

"The primary target of the lake's ecological protection is to reduce human interference and allow it to recover by itself," said Dou Huashan, deputy director of Hulun Lake National Nature Reserve Administration.

Liu Cunwang and his three colleagues are now responsible for patrolling wetlands in the core area of the lake reserve where herders like Hou used to live. Their work is to protect birds and fish from poaching.

Liu said in the first year, they trekked the whole area and set up camps in key places, but with the help of a digital monitoring system set up in 2018, the patrol has become more efficient.

Using video monitoring, whenever Liu finds someone getting near the river, the team immediately drives there to check it out. "To be honest, the work is still hard. We are on call 24 hours a day, and we quite often operate at night," said Liu.

Liu has developed a hobby of monitoring the birds' activities.

In November last year, he watched from the monitors that five hungry mute swans were trapped on the ice.

"When we surveyed swan geese in the reserve in 2013, there were fewer than 500, but now there are nearly 5,000, and the total amount of fishery resources has increased by more than 30,000 tonnes during the period," said Dou.

"The cameras also caught eight wolves this spring, which was unusual in the past decade," he said, adding wolves, a main predator on grassland, reflect the positive development of the ecological environment of the reserve and the effective control of human disturbance.