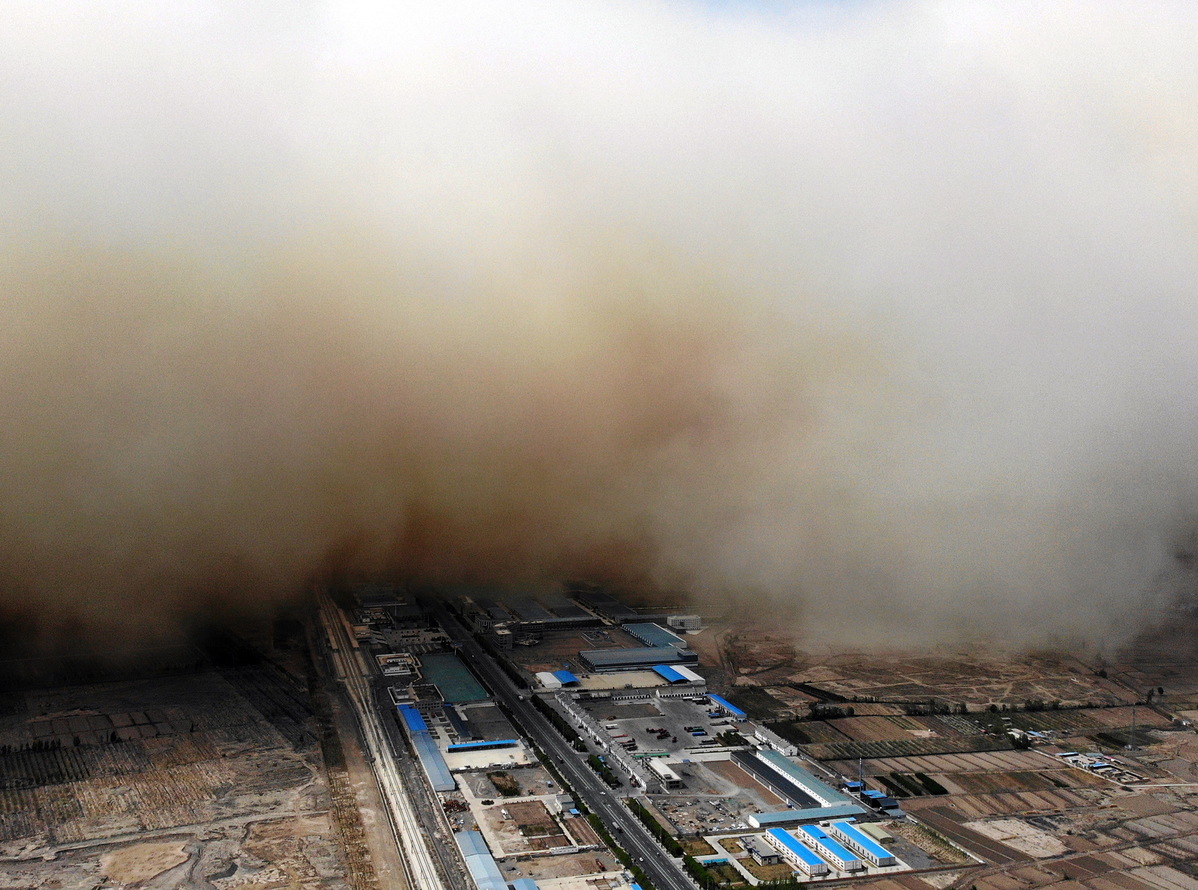 A Chinese scientist has called for intensified international cooperation to address sandstorms that have frequently left much of northern China shrouded in suffocating orange haze this year.

Northern China has been hit by 21 sandstorms, with one in mid-to late March the strongest in a decade, said Li Jianjun, chief scientist with the China National Environmental Monitoring Center.

"Such frequent, severe and wide-ranging sandstorms have rarely been seen in China in recent years," Li told a news conference on Wednesday.

He said sand from Mongolia was a major contributor to the sandstorms, which caused air pollution levels to spike in many Chinese cities.

Data from China's National Meteorological Center shows that higher temperatures than normal in Mongolia and the western part of China's Inner Mongolia autonomous region made them major contributors to sandstorms, he said.

Temperatures 2 C to 6 C higher than normal since February made snow thaw earlier than usual, leaving land bare and without any cover, Li said.

"The sandstorms from Mongolia will contribute 1.5 percentage points of the drop," Li said.

He said cyclones and flows of cold air from Mongolia had also been stronger than in normal years, making meteorological conditions even more favorable to the formation of sandstorms and seeing them advance even further south.

Monitoring data and anecdotal evidence show a marked decrease in the number of sandstorms formed within China, Li said, attributing the improvement to the country's sustained afforestation efforts.

"The frequent sandstorms this year show that there is still much potential to tap into international cooperation regarding environmental governance," he said.

"We would like to join hands with our neighbors and the international community to enhance environmental governance in the region and also around the world."

Air quality in China improved markedly last year, according to an environmental status bulletin released by the ministry on Wednesday.

On average, the 337 major Chinese cities saw 87 percent of days with fairly good air quality in 2020, up by 5 percentage points year-on-year.

The average density of PM 2.5 particulate matter in the cities stood at 33 micrograms per cubic meter, down from 36 mcg/cu m in 2019.

The 13th Five-Year Plan (2016-20) period witnessed the greatest ever environmental improvement in China in a span of five years, said Bai Qiuyong, director of environmental monitoring at the ministry.

During the period, the average PM 2.5 density in major Chinese cities fell by 28.3 percent, he said.