Broadcast on CCTV! The Biodiversity Conservation Documentary of Sichuan "Ecological Secret Lands" will be broadcast at 20:00 on October 16!
中国环境APP

Respecting nature, conforming to nature and protecting nature are the inherent requirements of building a modern socialist country completely. A natural ecological documentary "Ecological Secret Lands", which reflects the successful practice of biodiversity conservation in Sichuan, will be broadcast two episodes a day on CCTV9 evening prime time (20:00-21:00) from October 16 to 18. This documentary is produced by Sichuan Ecological Environmental Publicity and Education Center, united-produced by China Environment News Agency and CTPC.

This documentary, with 6 episodes, is a new and key program arranged in the same slot of CCTV9 during the 20th National Congress of the Communist Party of China. It systematically, comprehensively and visually reflects the vivid practice of Sichuan Province under the guidance of Xi Jinping's thought on Ecological Civilization, effectively strengthens the construction of ecological civilization and biodiversity protection, and builds a beautiful home in harmony with all things, reproducing the beauty of Sichuan's natural ecology and colorful charm of Humanity.

It is known that, after CCTV9 broadcast, it will continue to be broadcast in the COP15 official Chinese and English websites for the global dissemination of China's ecological civilization concept and the demonstration of China’s achievements on biodiversity conservation.

In October 2021, President Xi Jinping delivered a keynote speech by video at the 15th Conference of the Parties (COP15) Leaders Summit of the Convention on Biological Diversity (CBD). From the perspective of promoting sustainable human development and building a community of human destiny, Xi profoundly explained the great significance of protecting biodiversity and building a community of life on earth, clearly proposing a major idea to start a new journey of high-quality human development, and solemnly announced China's pragmatic initiatives to continuously promote the construction of ecological civilization, fully demonstrating China's active role and historical responsibility as a participant, contributor and leader in the construction of global ecological civilization.

Sichuan is one of the 36 biodiversity hot spots in the world, one of the precious species gene pools in China and the world, with the second largest variety of biological species resources in China, and is known as the "treasure house of biodiversity". There are more than 10,000 species of higher plants in the province, accounting for 1/3 of the national total; nearly 1,300 species of vertebrates, accounting for 45% of the country's total.

General Secretary Xi Jinping urged that we must build a good ecological civilization, fully display Sichuan's unique natural ecological beauty, colorful charm of Humanity, write a brilliant chapter for Sichuan of beautiful China. The Party Committee and Provincial Government of Sichuan Province, bearing in mind of General Secretary Xi Jinping's ardent wish, have strengthened the construction of ecological civilization and biodiversity conservation with unprecedented determination and strength, and enhanced the diversity, stability and sustainability of the ecosystem.

To protect the mountains and rivers of Sichuan, the duty is sacred and the mission is glorious, and "Ecological Secret Lands" was produced under this situation. The Department of Ecology and Environment of Sichuan Province organized a filming team to cover thousands of miles of mountains and rivers in Sichuan, explored the unknown ecological secret lands and captured one after another wonderful moment, used the first perspective to truly record the extreme scenery, unique species and colorful humanities of Sichuan, told the story of the harmonious coexistence of man and nature in Sichuan and reflected the overall effectiveness of biodiversity conservation in beautiful China from typical cases. 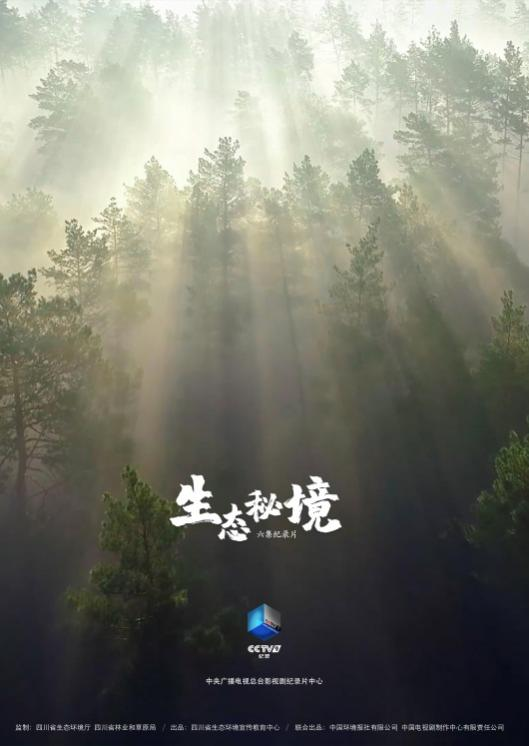 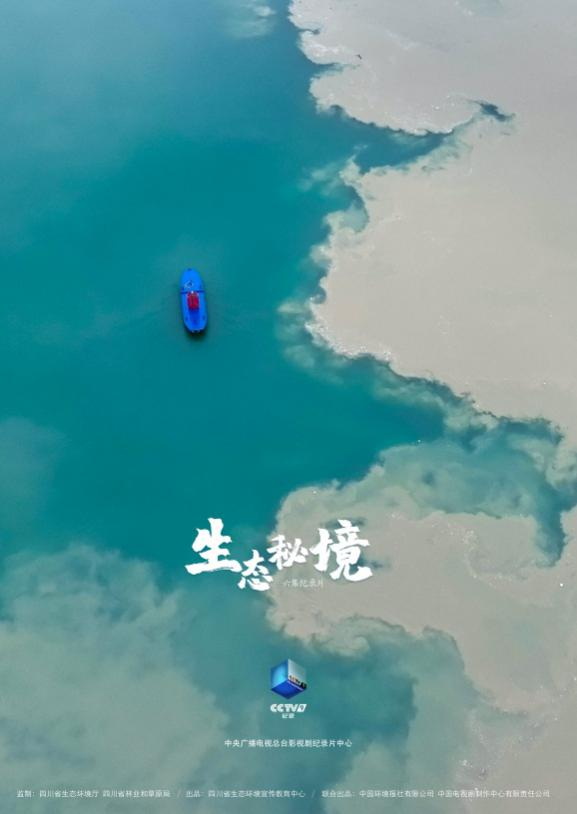 Sichuan is one of the provinces with the most complex geology, diverse geomorphology and unique landscape in China. With the exception of the ocean, Sichuan concentrates almost every type of geographic landscape on the earth -- mountains, plateaus, plains, hills, basins, great rivers, deep gorges... Made in heaven, it nourishes one of the most unique and magical regions on the earth.

From the perspective of the highest point in Sichuan, Mount Gongga, the documentary records and presents the "three-dimensional ecological tapestry" of Sichuan from high to low, from west to east, presenting the diverse topography and ecosystems of plateaus, mountains, basins, hills and plains, revealing and explaining the importance of the upper reaches of the Yangtze River and Yellow River in Sichuan as an ecological barrier to China and the world. China's best scenery of alpine adventure mecca - "king of the mountains" Gongga Mountain, "the kidney of China's western plateau" Ruoerge wetlands, the Sichuan basin with red sandstone everywhere, the average annual rainfall of more than 1,800 mm, known as the "Western Shu Leaky Day" of the rainy city Ya'an, will be presented in the documentary one by one, to show the world the beauty of Sichuan, this ecological plateau, resource treasures and blessed land on the earth.

The Tea-Horse Road went through the Rainy Area of West China, and the past horse teams and porters used to carry tea along this road, which has been linking the Chengdu plain and the Tibetan plateau together closely, and is continuing the legendary story of more than a thousand years.

More than 2,200 years ago, Li Bing, the guardian of Shu, led his men for eight years to cut through the Yubi Mountain, opened the Baobingkou, and built the Dujiangyan Dam, which brought the water of the Min River to the Chengdu Plain, thus creating the "Land of Heaven".

In western Sichuan, bamboos of different heights and thicknesses are connected to form a sea of bamboos, which together with winding rivers, ancient courtyards and fertile farmlands form a unique forest landscape and a unique idyllic scenery.

Through the unique natural scenery of Sichuan, the documentary explores the humanistic connotation, and through slow-motion and imaginative presentation, it shows the long history, profound humanistic heritage, and the moving and beautiful normal livings of Sichuan. 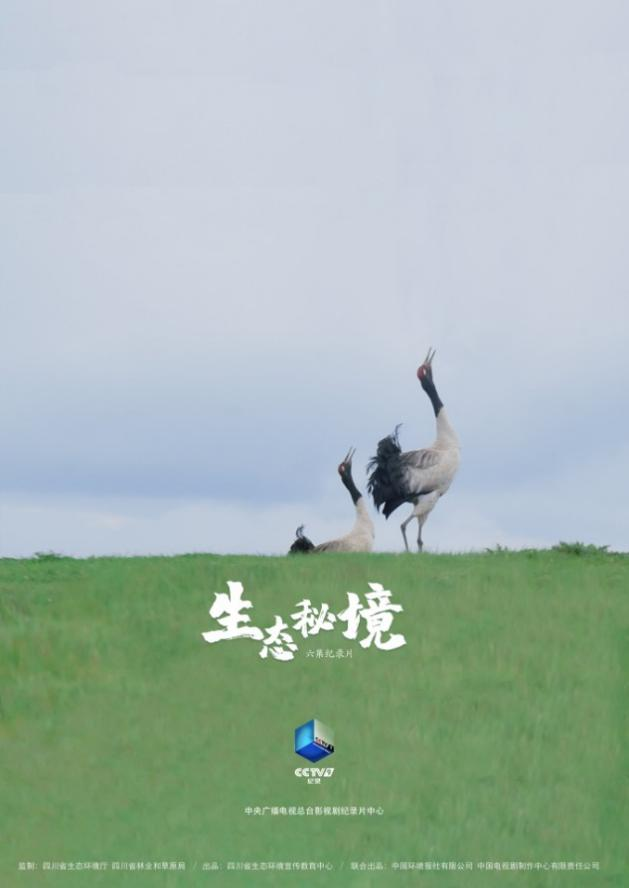 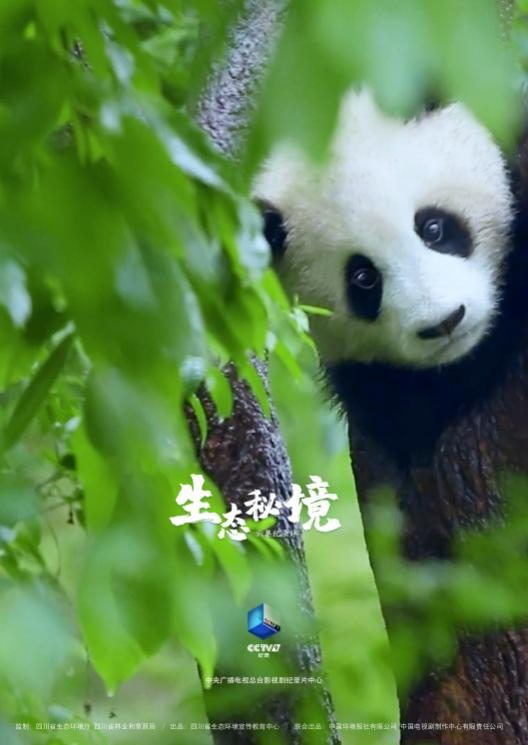 Twelve years ago, a "tiny grass" less than 12cm grew out of the cliff crevice, so that a total capacity of 572 million cubic meters of giant reservoirs to stop the "pace" of water storage. Today, in the Wudu Reservoir outside Jiangyou City, Mianyang, Sichuan, a cluster of faintly swaying "tiny grass" are growing out of the tiny fissures of limestone on the huge and steep cliffs and forming a new grassland. The tiny grass is called Urophysa Rockii, dying in summer and growing in winter, a rare and endangered wild plant that exists only in very few areas in China.

Nature is the basic condition for human survival and development. Sichuan, which shoulders the burden of history, has achieved fruitful results in biodiversity conservation. At present, the protected land which accounts 20% of the province's total area and more than 85% of rare wildlife and their habitats are better protected. The case of biodiversity conservation in Sichuan has become a model.