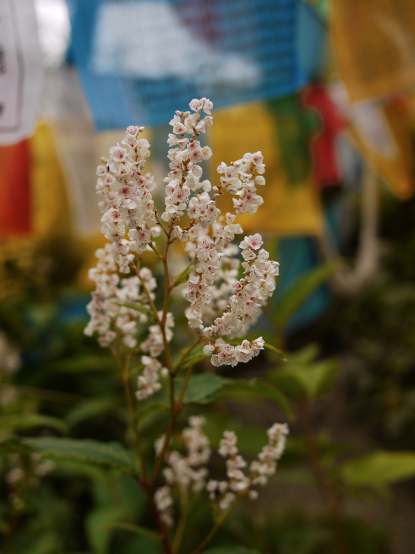 (2) There are many endemic genera and species. The endemic phenomena of China's biota are well developed, with the most endemic species of higher plants, about 17,300 species, accounting for more than 57% of the total species of higher plants in China. Among the vertebrates in China, there are 667 endemic species, accounting for 10.5%. The well-known metasequoia, ginkgo, silver fir and Panzhihua cycad, as well as giant pandas and baiji dolphin known as "living fossils" are endemic to China.
(3) The origin of the flora is ancient. At the end of the Mesozoic (approximately 65 million years ago), most areas of China had risen to land, and the Quaternary Ice Age was not severely affected by continental glaciers. Many areas have retained the ancient remnants of the Cretaceous and Tertiary to varying degrees. Relic species, such as Magnolia, Manglietia, Michelia, etc. Many of China's terrestrial vertebrates are ancient species, such as takin, giant panda, baiji dolphin, Chinese alligator, and giant salamander. 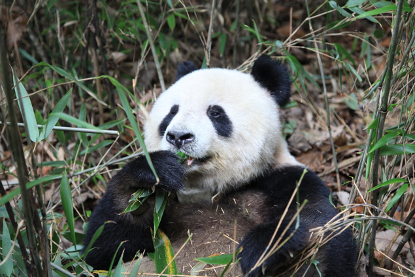 (4) Rich germplasm resources. China has abundant germplasm resources of cultivated plants, domestic animals and their wild relatives, as are crop varieties, medicinal plants, pasture grass, and ornamental flowers. China’s agriculture has a long history of more than 7000 years. It has discovered, utilized, and bred genetic resources in the natural environment very early. Therefore, China’s cultivated plants and domestic animals are the most abundant in the world, and China’s fruit trees rank No. 1 in the world. At present, many animals and plants on which human life and survival depend on originated in China, and China still has a large number of wild prototypes and relatives of them. China also has a long history of wild animal domestication and is the country with the richest domestic animal species and groups in the world. Among domestic animals in China, there are also a large number of unique species resources. After long-term artificial selection and domestication, the economic characteristics, ecological types, reproductive characteristics, and body size of the products have formed unique and rich variations, becoming unique in the world.
(5) The ecosystem is rich and colorful. China has abundant terrestrial ecosystems and marine and freshwater ecosystems. China has various types of terrestrial ecosystems, such as forests, shrubs, grasslands, savannas, meadows, deserts, peat, alpine tundra, etc. The types of freshwater ecosystems and marine ecosystems in China are also diverse.
(6) Rich traditional knowledge and national culture. Due to its long history and multi-ethnic characteristics, China is also rich in traditional knowledge and ethnic culture directly related to biodiversity. For example, Tibetan religious beliefs protect rare species, Hani protect sacred mountains and sacred forests, Mongolian protection of grassland, and Naxi people are not allowed to cut down water source forests, are not allowed to cut down during the growth period of trees, and are not allowed to hunt and kill pregnant or immature animals. The traditions mentioned above are the best protection of biodiversity. The traditional medicine of Mongolian, Tibetan, Miao and other ethnic minorities is an important part of biodiversity value. In the Changbai Mountain area of Jilin Province, the local rule of "putting the mountains" (that is, entering the mountains to find ginseng) includes "raising the big and leaving the small" (if you find pieces of ginseng, you can only dig the big ones, and leave the small ones to future generations) and "red hammer cloth seeds" (if seeds are found, they must be planted and left to future generations). These are of great significance to the protection and sustainable use of biodiversity.

China is rich in genetic resources
China has a history of agricultural reclamation for more than 7,000 years. It has developed, utilized, cultivated and reproduced genetic resources in the natural environment very early. Therefore, the abundance of cultivated plants and domestic animals in China is unique and unparalleled in the world. Many of the animals and plants on which humans live and survive not only originated in China, but China still has a large number of wild prototypes and relatives of them.
Animals: China is the country with the richest domestic animal species and groups in the world, and one of the countries with the richest livestock and poultry genetic resources in the world. According to the 2004-2008 National Poultry Genetic Resources Survey by the Ministry of Agriculture, China has 901 livestock and poultry varieties, including 554 local breeds, accounting for about one-sixth of the world's total genetic resources of livestock and poultry. According to recent surveys, China has 1,938 domestic animal species and groups, including special economic animals and domestic insects. Among domestic animals in China, there are also a large number of unique species resources. After long-term artificial selection and domestication, unique and rich variations in product economics characteristics, ecological types, reproductive traits, and body types have formed, becoming unique in the world.
Plants: There are more resources originated or cultivated in China. For example, there are more than 1,000 economic tree species found in my country, including fruit trees such as jujube and chestnut, beverages such as tea, woody oils such as camellia, tung oil, paint such as lacquer trees are Chinese specialties. China is the main origin and distribution center of wild and cultivated fruit trees, and the number of fruit trees in the world ranks first. There are many types of apples, pears, and plums (prunus is now divided into prunus, peach, sakura and apricots). Fruit trees native to China include persimmon, kiwi, and various citrus trees including sweet oranges and lychee, longan, loquat, bayberry, etc. Most of the above-mentioned taxa include multiple species and a large number of species. China is one of the origins of rice (Oryza sativa) and the hometown of soybean (Glycine max). The former has 50,000 local varieties and the latter has 20,000 local varieties. China has more than 11,000 medicinal plants, 4,215 species of pastures, and more than 30 genera and 2238 species of important ornamental flowers originating in China. There are many wild relatives of various economic plants, and most of them have no accurate statistics. For example, almost all of the world's famous cultivated pastures have their wild species or wild relatives in China. There are 8 wild relatives of Chinese medicine ginseng, 17 relatives of Fritillaria, 20 relatives of Aconitum, etc.
Due to its long history and multi-ethnic characteristics, China is also rich in traditional knowledge and ethnic culture directly related to biodiversity. For example, ethnic minority medicine, the protection and use of wild animals and plants, some traditional knowledge and customs are of great significance to the protection and sustainable use of biodiversity.