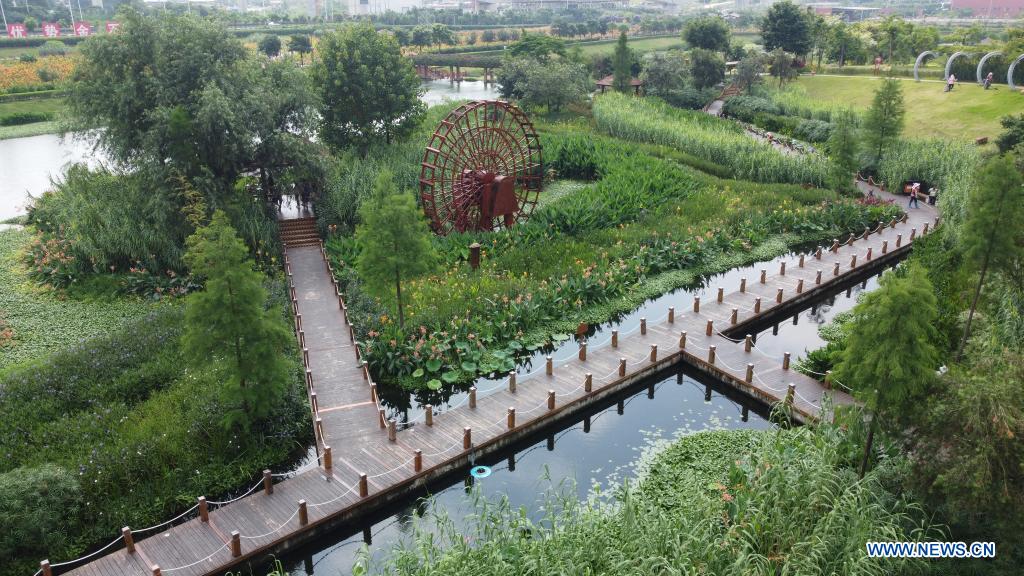 XINING - Planting trees to offset carbon emissions, using clean energy for heating and accumulating "carbon credits" on cell phones, these environmentally friendly endeavors were promoted at an event for the 2021 World Environment Day held in China's plateau province of Qinghai on Saturday.

As this year's host province for the national World Environment Day event, all carbon emissions generated from public activities at the event in Qinghai are expected to be offset through tree planting, said Zhang Min, director of the emission control division of the provincial department of ecology and environment.

The event is estimated to have discharged emissions totaling about 65.16 tonnes of carbon dioxide equivalent. Nearly 10,000 seedlings suited to the plateau region, such as spruce and Chinese pine, were planted on Saturday, which is expected to offset all the carbon emissions generated by the event over the next six years, Zhang said.

According to data from Qinghai Electric Power Company of the State Grid, by the end of May, electric boilers with a total capacity of 380,000 kilowatts had been installed to provide public heating in the Sanjiangyuan area, home to the headwaters of the Yangtze River, China's longest; the Yellow River, the second-longest in the country; and the Lancang River (known as the Mekong River after it flows out of China).

The electric boilers can provide heating for 130,000 people in 16 counties in the Sanjiangyuan area, replacing the burning of coal and cutting carbon dioxide emissions by 310,000 tonnes annually in the hinterland of the Qinghai-Tibet Plateau.

In recent years, Qinghai has prioritized environmental protection and promoted the development of green and low-carbon cycles. The northwest province has become a pioneer in reducing carbon emissions and undergoing green transformation.