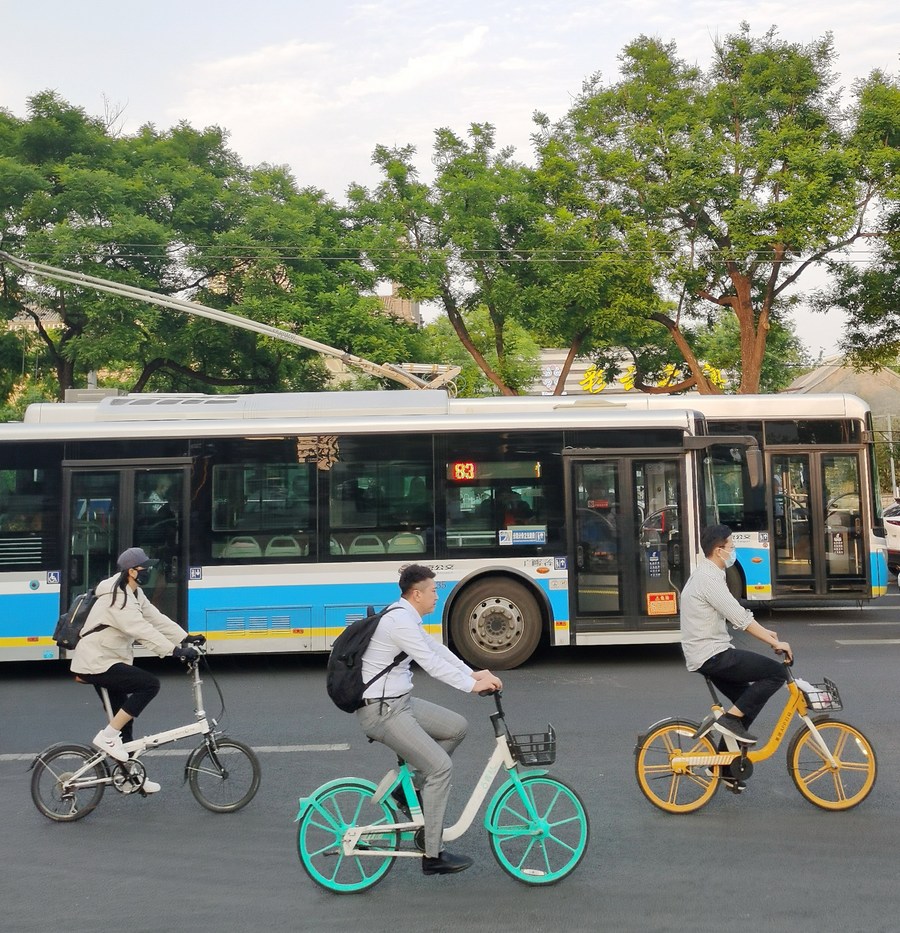 Photo taken with a mobile phone shows people riding bikes on a street during the evening rush hour in Beijing, capital of China, May 12, 2021. [Photo/Xinhua]

Up to 73.1 percent of people going out in Beijing's urban area used green transportation last year, the capital's transport commission said on Tuesday, noting that it has been improving its green public transportation facilities.

Last year, new energy buses took up more than 80 percent of the total, which has led to a decrease in carbon emissions.

The wide use of shared bicycles has also contributed to the reduction of carbon emission in the city, the commission said.