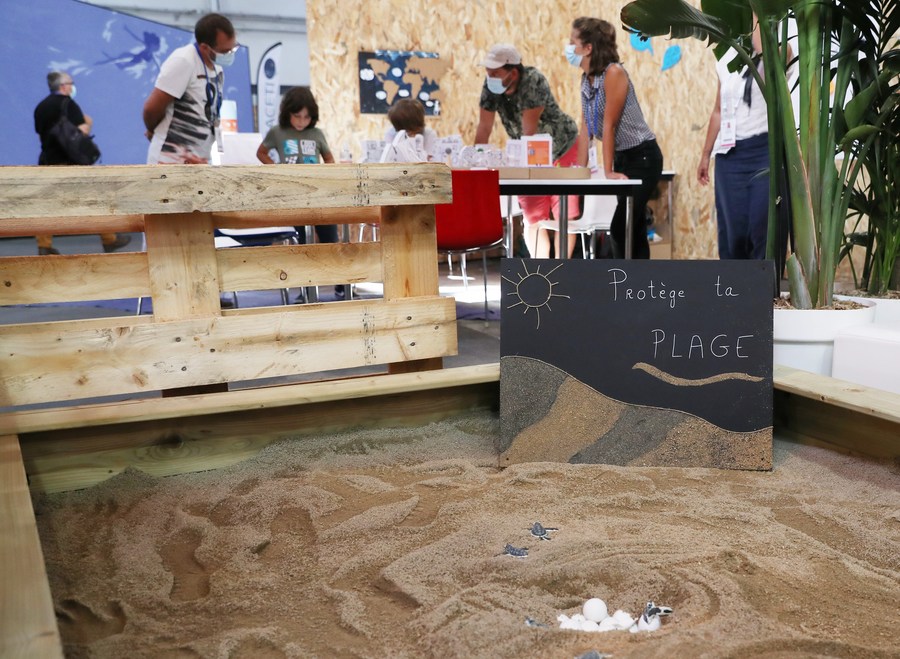 The congress, held jointly by the French government and the International Union for Conservation of Nature (IUCN) under the theme "One Nature, One Future," prepares for the 15th meeting of the Conference of the Parties to the Convention on Biological Diversity (CBD COP15) set for October in Kunming, China.

From Marseille to Kunming, France and China are working steadfastly for global action on nature conservation.

Addressing the WCC, French President Emmanuel Macron called it "part of a dynamic" which makes 2021 a very important year, as a third global event on environment, the United Nations Climate Change Conference (COP26), is slated for November in Glasgow, Scotland. He urged the world to "re-synchronize" the two agendas -- one for climate and the other for biodiversity. 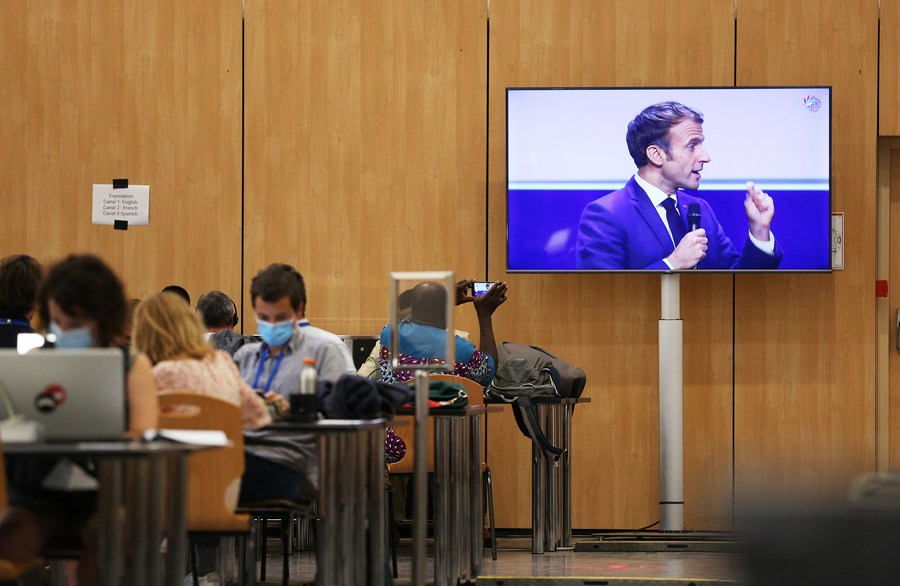 "The urgency is to re-synchronize these two agendas, to get everyone understand that the battle for climate is linked intrinsically to the battle for preserving and restoring biodiversity," said Macron.

"We are already too late in terms of biodiversity. We must catch up," he noted.

By organizing this congress, France expects to confirm its commitment to supporting the protection of biodiversity and ecosystems, and more widely, its international role in environmental and climate issues.

Six years ago, it was in Paris that climate negotiators of 196 parties to the UN conference on climate change sealed the milestone climate pact aimed at reversing the trend of temperature rises mainly caused by carbon emissions.

China, which helped bring about some key breakthroughs during the negotiations, remains steadfast and active in addressing climate change and implementing the Paris Agreement.

Chinese Premier Li Keqiang, via video link, told the WCC that China's national carbon market, the world's largest in terms of the amount of greenhouse gas emissions covered, was launched recently, and China stands ready to work with all parties to build a clean and beautiful world.

Actually this is one of the core missions of the Marseille congress. During a series of in-person and online events, states, local governments, scientists, private sector and civil society representatives will discuss the major objectives of the post-2020 global framework for biodiversity, a key milestone expected to be achieved during the COP15 in Kunming.

"Our post-2020 nature and biodiversity framework must be universal, innovative and transformative. It should support a post-COVID economic recovery respecting Nature while being just and inclusive," said IUCN President Zhang Xinsheng at the WCC opening ceremony.

"The theme of the CBD COP 15 in Kunming, China, next month is 'Ecological Civilization -- Building a Shared Future for All Life on Earth.' It is the proper segue towards what we all should seek to achieve," he added.

In 2010, parties of the CBD set 20 goals during a summit in Japan's Aichi for the decade 2011-2020. "However, many of the Aichi Biodiversity Targets have been difficult to achieve," Zhang told Xinhua in an interview on the eve of the congress.

"The degree of biodiversity loss and the degradation of the ecosystem have been approaching planetary limits and tipping points," he said. "If this loss and degradation still cannot be reversed by 2030, we will not be able to achieve the Sustainable Development Goals."

"This IUCN congress can be seen as a prelude to the Kunming Conference. Both are milestones to see whether mankind can set a 10-year agenda to turn crisis into opportunity," said the IUCN president.

For Patrick Giraudoux, a professor of ecology at the University of Franche-Comte, "we can already wait for a lucid assessment of the status quo, which is what IUCN in Marseille will tell us, such as which species are threatened, how fast they are threatened, etc. Then there are the decisions to be taken by the governments and this will follow what will be decided at COP15." 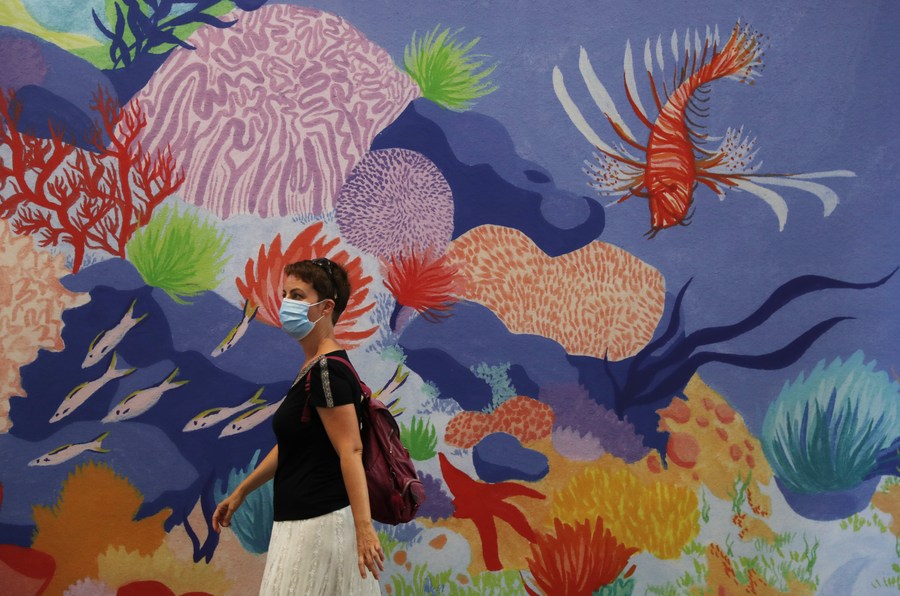 A woman walks past a poster during the 7th World Conservation Congress (WCC) in Marseille, France, Sept. 4, 2021. (Xinhua/Gao Jing)

"Practically all the governments of the great powers agree to move forward in this direction. The question is what will be done in reality," he said.

China has vowed that it will continue to work to ensure the success of COP15. The first part of the COP15, including an official opening and a high-level segment, will take place both online and offline on Oct. 11-15.

The second part, to be held in-person in the first half of 2022, will see broad and deepened negotiations towards an ambitious and practical post-2020 global biodiversity framework, according to the Chinese Foreign Ministry.

For the post-2020 nature and biodiversity framework, working sessions and negotiations were in delay due to the sanitary context, France's Secretary of State for Biodiversity Berangere Abba told the press.

"At the end of this congress, the Union (IUCN) and France will issue a 'Declaration of Marseille,' which will write down the ambition resulting from the reflections and negotiations that will take place in the coming days," she said.

"We are very mobilized and attentive that this declaration, which will be a roadmap for the months to come and for the negotiations at the moment of COP15, is indeed the most ambitious possible," she added.