How Can a Species with Extremely Small Populations "Survive?
China Environment News 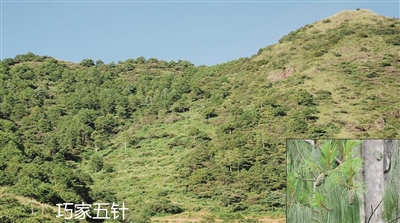 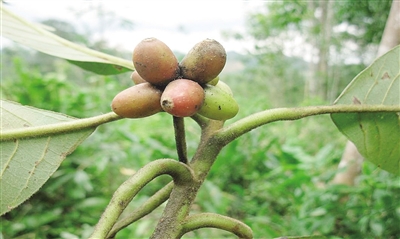 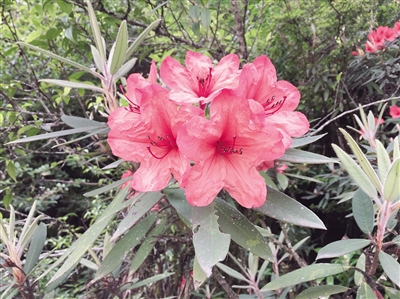 In the cloud interview room of the Fifteenth Conference of the Parties to the Convention on Biological Diversity (hereinafter referred to as COP15) on October 12, Yang Wenzhong, director of the Joint Key Laboratory of "Conservation and Breeding of Rare, Endangered and Endemic Forest Plants, Cultivation and Development and Utilization of Forest Plants in Yunnan Province" of the National Forestry and Grassland Administration, and Fang Zhendong, director of Shangri-La Alpine Botanical Garden, shared Yunnan's experience and model in the conservation of species with extremely small populations.

What is a species with extremely small populations?

A species with extremely small populations refers to the species of wild animals and plants that are in a narrow or intermittent distribution area, and are threatened by external factors for a long time, showing population degradation or continuous reduction, with the number of population and individuals being lower than the stable survival limit, and are endangered at any time.

What are the species with extremely small populations that "survive"?

"Pinus squamata, a national first-class protected wild plan, was first discovered in 1990. There are only 34 wild plants in existence, which are distributed in a mountain pass at an altitude of about 2,000m in Yaoshan Town, Qiaojia County, Zhaotong City." Since its discovery, Qiaojia County, Yunnan Yaoshan National Nature Reserve, Kunming Institute of Botany, Chinese Academy of Sciences and other institutions have implemented several rescuing conservation projects, and carried out scientific research, near situ conservation and ex situ conservation through wild seed collection, seed germination test and seedling cultivation.

With years of efforts, more than 7,000 plants of Pinus squamata have been accumulated by artificial breeding, and more than 5,000 seedlings and young trees were preserved, of which more than 3,000 survived after breeding and transplanting. The first fruiting in Kunming Botanical Garden on August 10, 2021 marked the initial success of ex situ conservation of Pinus squamata.

As reported, Shangri-La Alpine Botanical Garden is the first botanical garden established in China at low latitude and high altitude. With the altitude ranging from 3,200m to 3,600m, there are 330 species of ferns, and more than 4,600 species of spermatophytes belonging to 187 families, 1,003 genera.

"With the intensifying and extension of human activities, rare and endemic species in high altitude areas are facing threats such as habitat loss, habitat change and intensive collection," said Fang Zhendong. Since its establishment in 2001, the Botanical Garden has always adhered to the concept of conservation and utilization through breeding, and built a biodiversity conservation center with the main content of introduction, collection and research of alpine flowers, alpine medicinal plant, and rare and endangered endemic plants, providing in situ and ex situ conservation places for rare, endangered and endemic species in high altitude areas.

How to protect species with extremely small populations?

"The wild plants with extremely small populations have four noticeable features, i.e., small population, narrow habitat or intermittent distribution, serious human interference, and near extinction," Yang Wenzhong explained. Although Yunnan has diversified biological species, the proportion of threatened species is also very high, and many species have an extremely small population, so the conservation task is arduous. Based on the research and practice results of species conservation at home and abroad, it is necessary to put forward a concept which is in line with China's national conditions and can guide the rescuing conservation of species population level, thereby promoting the implementation of biodiversity conservation in Yunnan.

In addition, a comprehensive patrol monitoring system has been established and improved for the populations and habitats of wild animals with extremely small populations such as Asian elephants, black-and-white snub-nosed monkeys, Skywalker hoolock gibbons and green peafowls.

In Yunnan, three major projects including habitat restoration, monitoring and early warning, and safety precautions of Asian elephants have been implemented, and Xishuangbanna Asian Elephant Rescue and Breeding Center has been established; great achievements have been made in the artificial breeding technology of green peafowls, providing a solid provenance guarantee for their rewilding; the "protection network of black-and-white snub-nosed monkeys " was set up to raise social funds for all-round conservation, which accumulated experience and set an example for the conservation of flagship species.

"At least five ex situ conservation bases will be set up in the next 10 years to conserve plants with extremely small populations in different regions. On this basis, we will carry out field population monitoring and tackle key problems in seedling breeding technology, and try to carry out population recovery and reconstruction in the field, so that the species can survive in the natural state for a long time," said Yang Wenzhong. Yunnan has been formulating a new plan for the conservation work in the next stage on the basis of evaluating, summarizing and analyzing the conservation achievements, methods, experiences and existing problems of the first batch of species in the conservation list of species with extremely small populations.