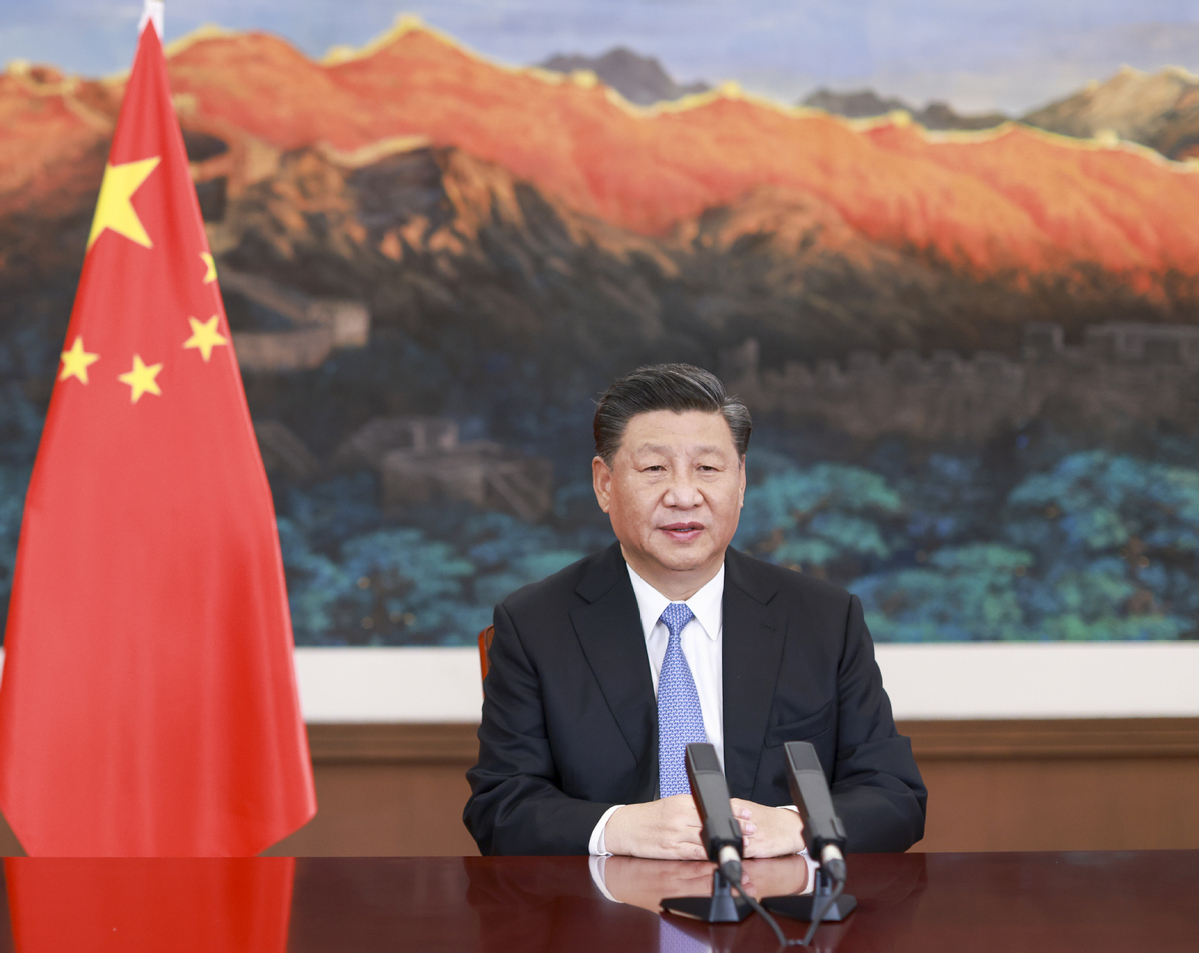 President Xi Jinping addresses the Leaders' Side Event on Safeguarding the Planet of the 15th G20 Leaders' Summit via video link from Beijing on Sunday. LI XUEREN/XINHUA

President Xi Jinping called on Sunday for the full and effective implementation of the Paris Agreement in order to deal with climate and other environmental challenges.

Xi made the remark as he addressed the Leaders' Side Event on Safeguarding the Planet of the 15th G20 Leaders' Summit, via video link in Beijing.

Noting that Earth is a shared home, he called for efforts to follow the vision of a community with a shared future for mankind and to work together to protect the planet.

"We need to follow the guidance of the United Nations Framework Convention on Climate Change, and push for the full and effective implementation of the Paris Agreement," Xi said, adding that the G20 should continue to take the lead in tackling climate change.

The Paris Agreement is a landmark environmental accord that was adopted by nearly every nation in 2015. The deal aims to substantially reduce global greenhouse gas emissions in an effort to limit the global temperature increase.

Xi said that China will honor its commitment to reach peak carbon dioxide emissions by 2030 and achieve carbon neutrality by 2060.

The president also said that China supports the shift to low-carbon energy in the post-COVID era and will pursue clean, low-carbon, safe and efficient use of energy and accelerate the growth of new energy and green industries.

China has put in place the world's biggest clean energy system, and has led the world in the production and sales of new energy vehicles for five consecutive years, he said.

While calling for efforts to protect the ecosystem, Xi said that China supports deepening G20 cooperation in reducing land degradation, conserving coral reefs and cleaning up plastics from the oceans.

As the 15th meeting of the Conference of the Parties to the Convention on Biological Diversity will be held in Kunming, Yunnan province, next May, China hopes the meeting will set goals and take action to ensure the protection of global biodiversity, he added.